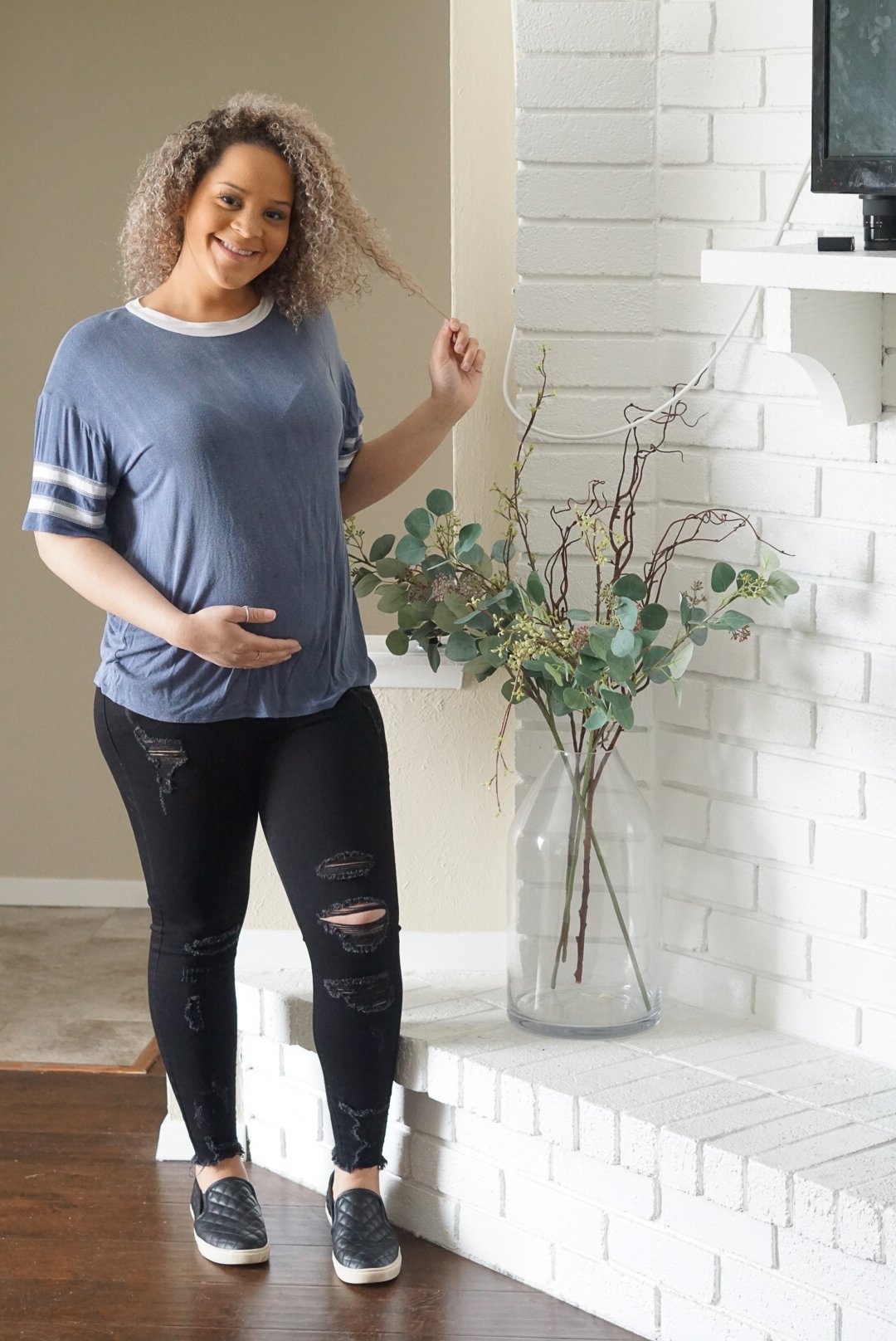 Hey y’all!  It has been a hot minute since I have updated you all on the baby journey, so I thought this would be the perfect time to do so.  I first told y’all that Fred and I were expecting on the We’re Having a Baby Griffin blog post and the overwhelming amount of love and support made me want to share the journey with y’all.  Since then, I have shared with y’all all of the details of our gender reveal when we found out Baby Griffin was a boy and I have even been sharing weekly bump dates on Instagram just to try and be a bit more transparent with everyone.  I’ve had so much fun sharing all of the ins and outs with y’all about my pregnancy, so Kierra gave me the idea of sharing with y’all my Half Way Bump Date and I thought it was the perfect thing to do. 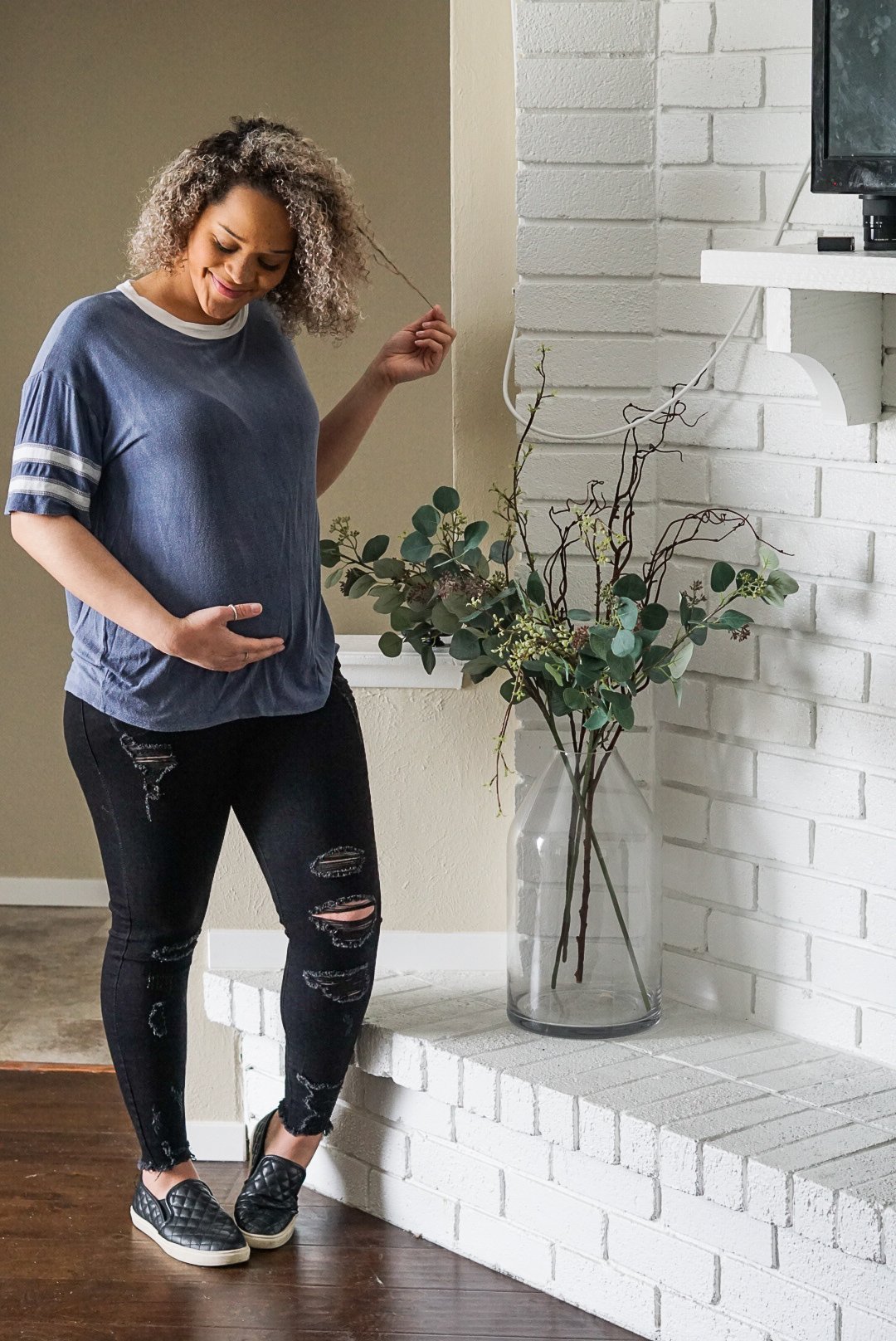 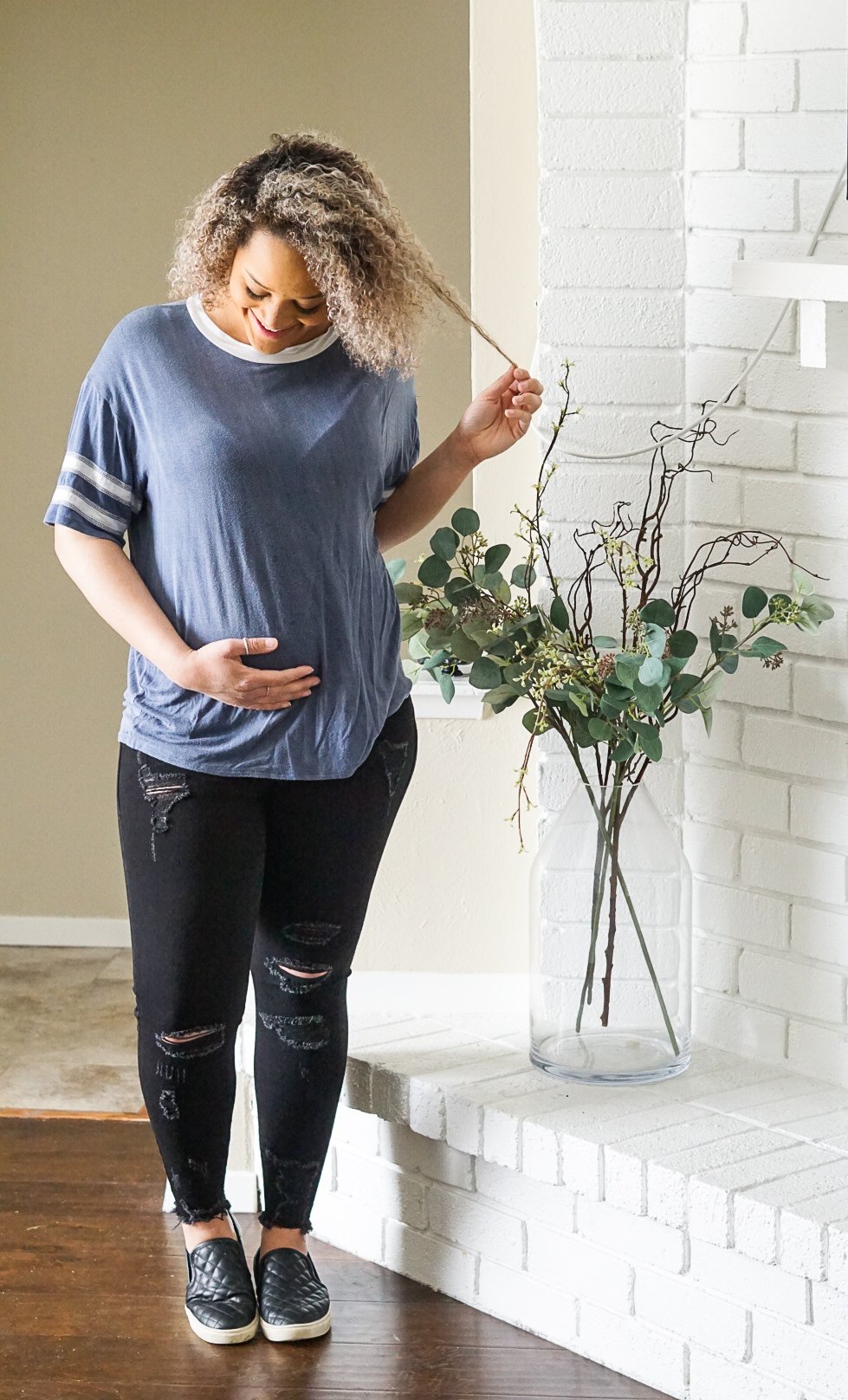 Every Wednesday I get one week closer to Baby Griffin’s due date and each week I feel like it has flown by!  The first trimester was ROUGH.  A ton of morning sickness, no appetite, so tired, and REAL emotional.  Like I truly felt bad for Fred because he would come in and I would just be balling and I had no idea why, well except for #hormones.  It was CRAZY!  I also dealt with headaches pretty much on the daily and I am not able to take Tylenol, so I would literally just have to nap to get them to go away.  I feel like people don’t mention that part of the pregnancy and that might have been way worse than the morning sickness because I literally could not function.  I was also unable to sleep..  Like I would wake up in the middle of night probably around 2 or 3 and I wouldn’t be able to go back to sleep until Fred’s alarm went off, which would be around 6 or 7 depending on the day.  I’m not sure what it was, but it sucked honestly.  I used to tell my friend Mel that I could not nap ever no matter how tired I was and then I would catch myself taking 3-hour naps just to rejuvenate lol.  It was crazy to see how your body changes and adjusts to growing a human, but it is honestly beyond worth it.

I feel like I got my appetite back around the end of my first trimester and that was when I was truly EATING!  It was like I was making up for all the meals that I could not eat when I was at the beginning of my pregnancy.  I had gone to my doctor’s office and I finally had the courage to ask them how much weight I had gain and I hadn’t gained any at that point.. I think that is when I jinxed myself because after that point I had gained some weight in too little of time my doc had said.  I was truly enjoying the food part of life and whatever Baby Bean wanted, I was EATING.  At that point he was truly enjoying mashed potatoes, gravy, chicken tenders, mac and cheese, watermelon, and I would eat like the share pack of the Sweetart Shockers every other day.  It was badddddd, but I did force myself to drink a ton of water.  We buy the almost 2-gallon bottle of water from Tom Thumb and it would literally only last 2 days tops because I was always so thirsty.  I liked me some In and Out too and I even had a burger from Burger Island and I was living.  I couldn’t eat tacos much at the beginning of my pregnancy, but probably about the last 5-7 weeks, that is all I have wanted.  Whether it’s tacos from Taco Bell or Taco Casa or tacos from the gas station Fred showed me, I was always down for some tacos.  That is probably where all the weight gain came from, the tortillas and bread and I am not even kidding lol.  I did cut out the sweet tea and soda and found these sugar free cherry flavor to add to my water from Walmart and I have been living.  Cherry slushes from sonic and Coke Zero have also been a treat for me too, but not too much of the slushes due to sugar. 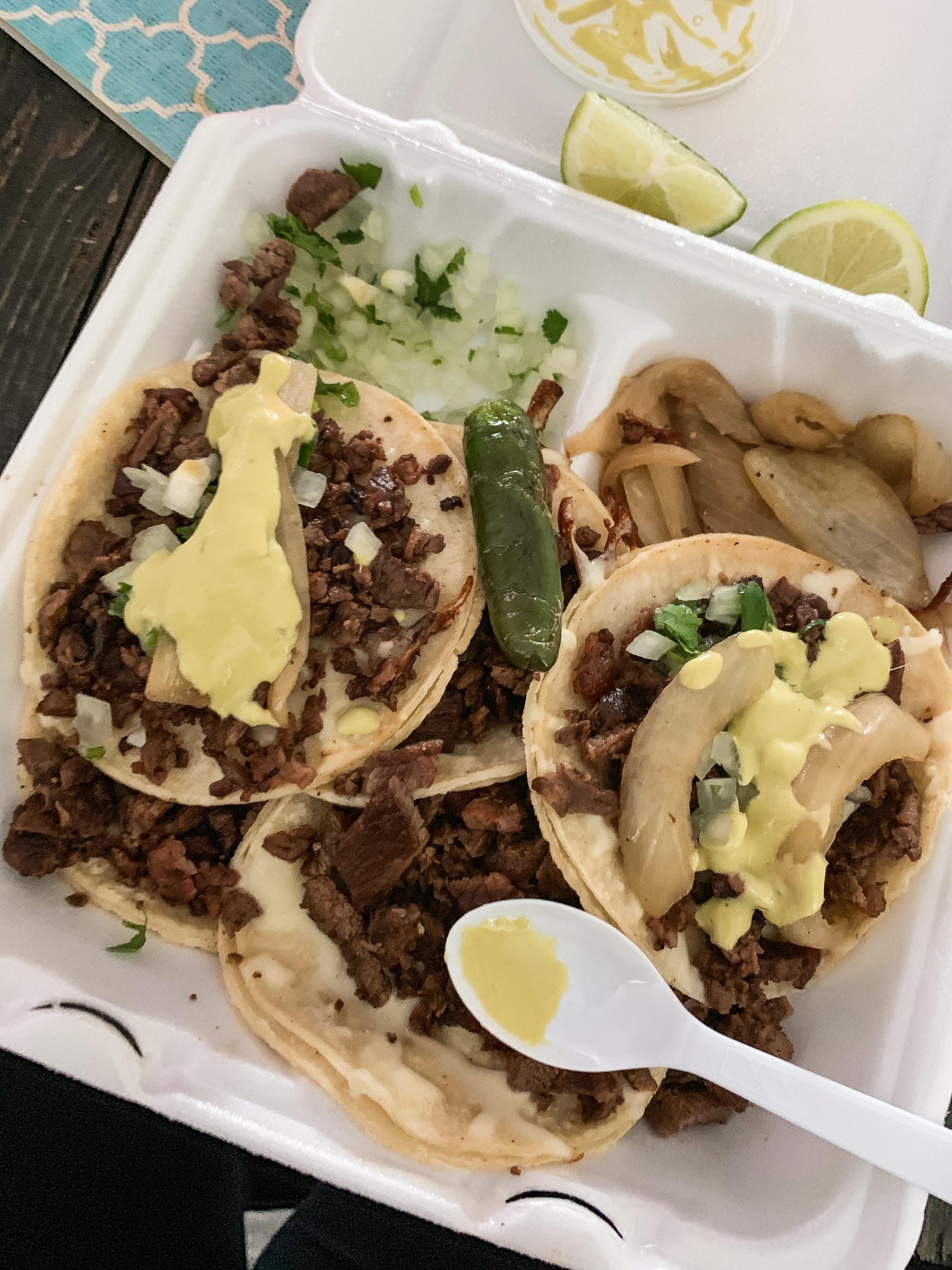 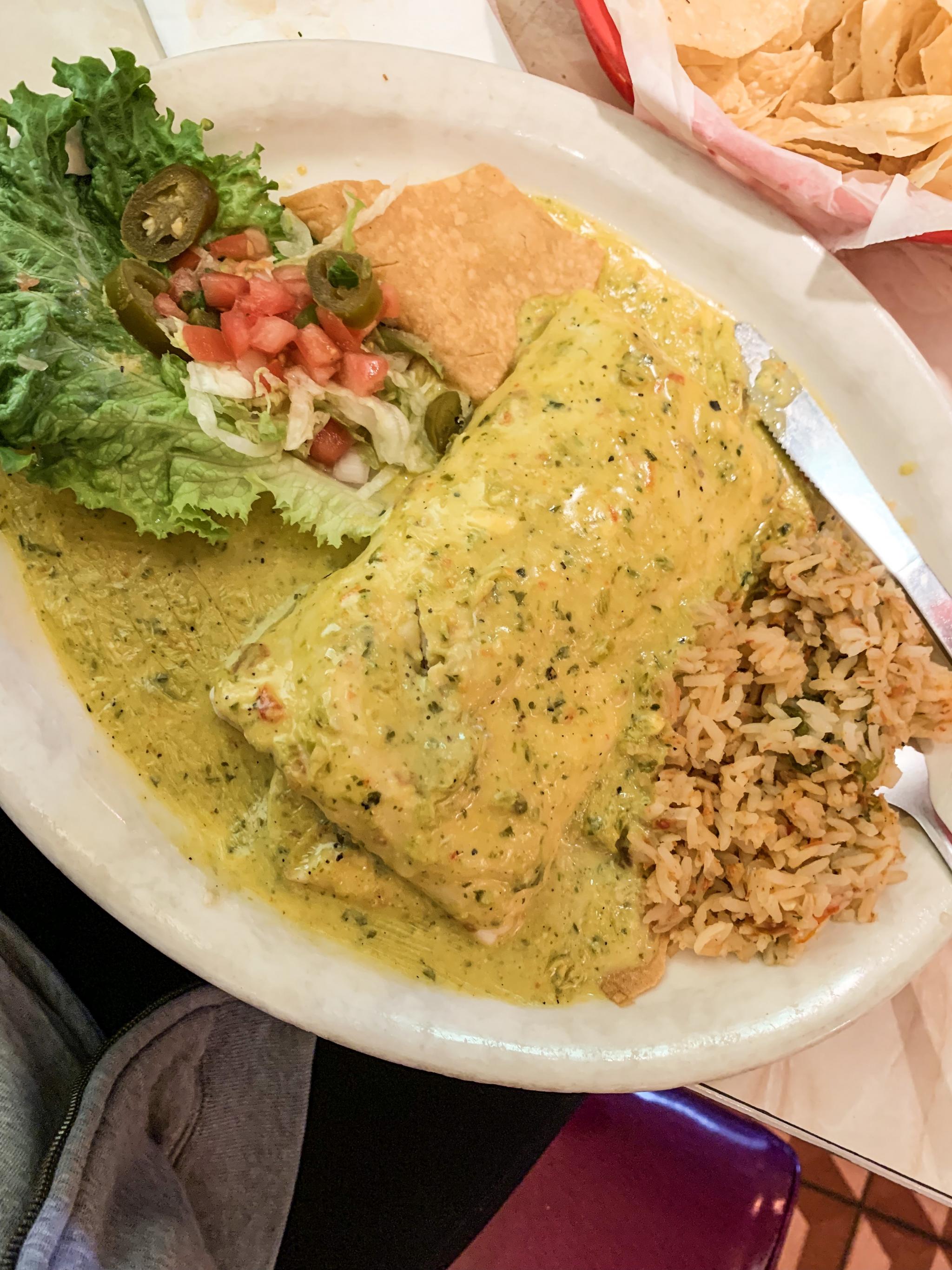 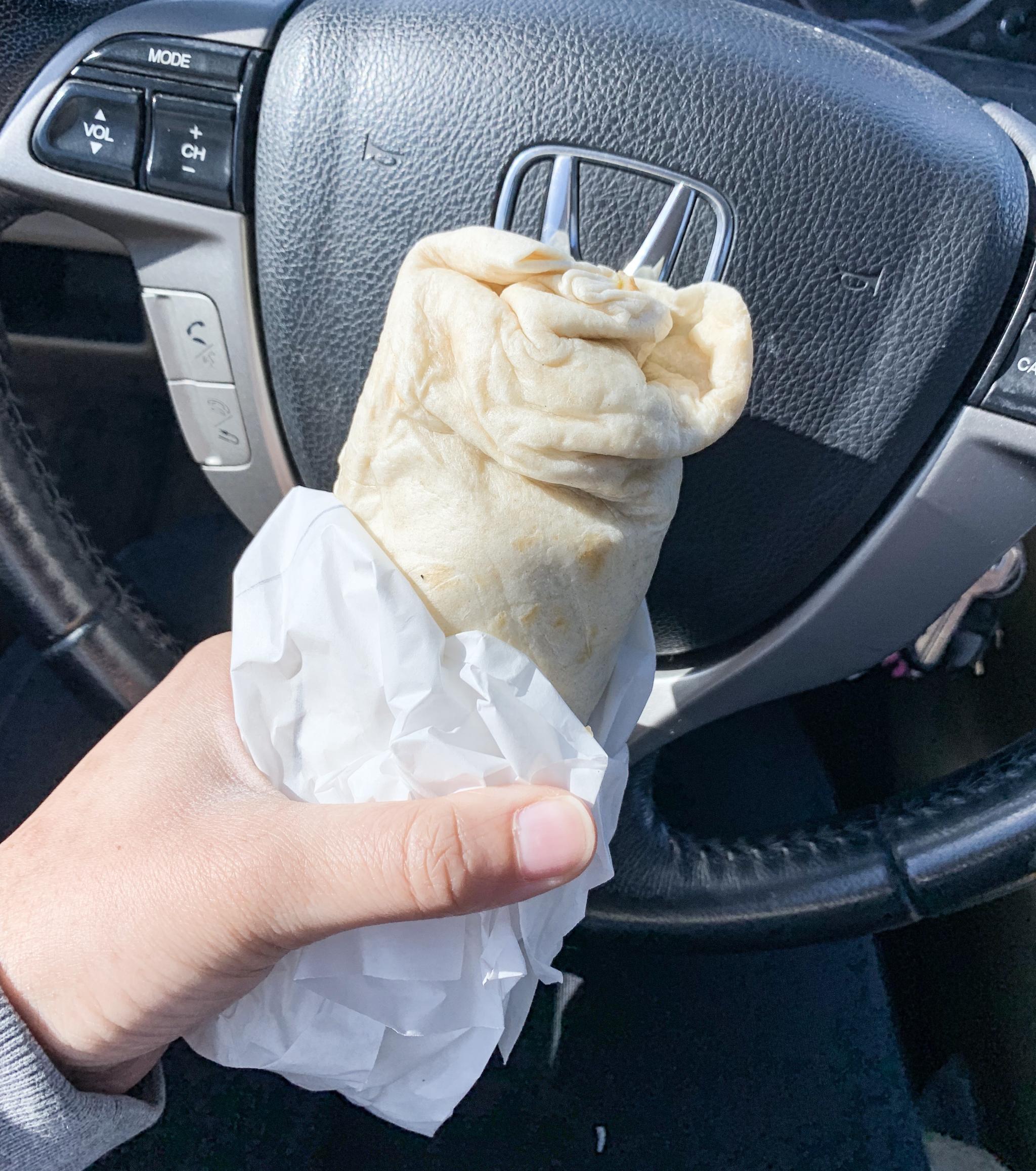 I had my 20 week check up when I was 21 weeks due to me catching the stomach bug and they told me that I had gained weight again.  I was super bummed because I hadn’t had all of the bad things I had before, I cut my taco intake down, and I had cut out the soda and the sweet tea and it still was not enough.  I was indulging in a TON of watermelon and my doctor told me I had to cut that in half too due to sugar, #whoops.  Now that I look at all the food that I ate since that last appointment, it honestly makes sense why I gained weight cause OMG I was eating good lmaooooo!  Anywho, I realized that it isn’t that big of a deal as long as I try to keep my bread and sugar intake down and I am going to start walking around more to hopefully offset the bad food when I do eat it. Enjoy the pictures of everything I ate before I really made the food change! 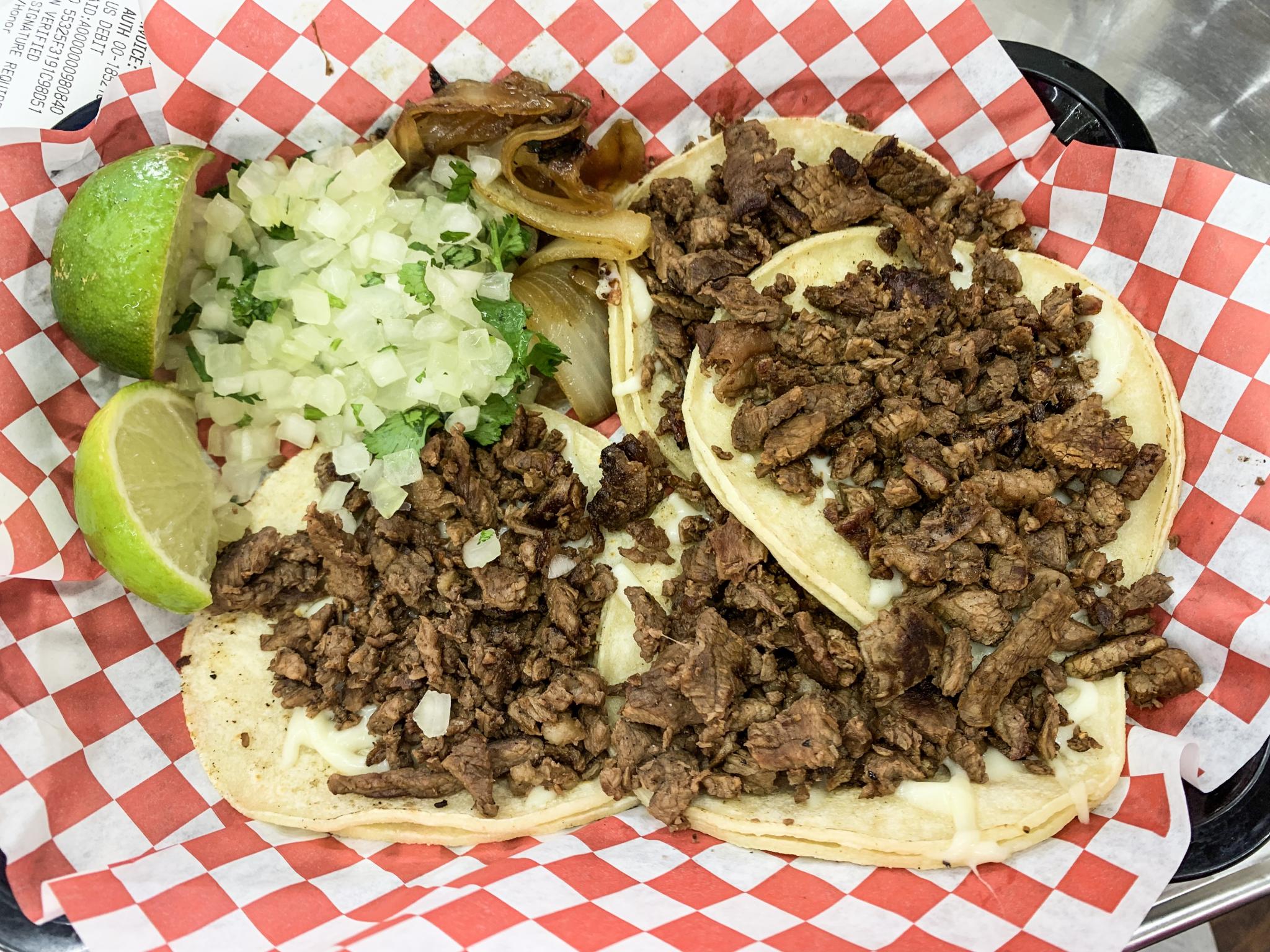 The famous gas station tacos that I was indulging in. Currently missing them so much hahah 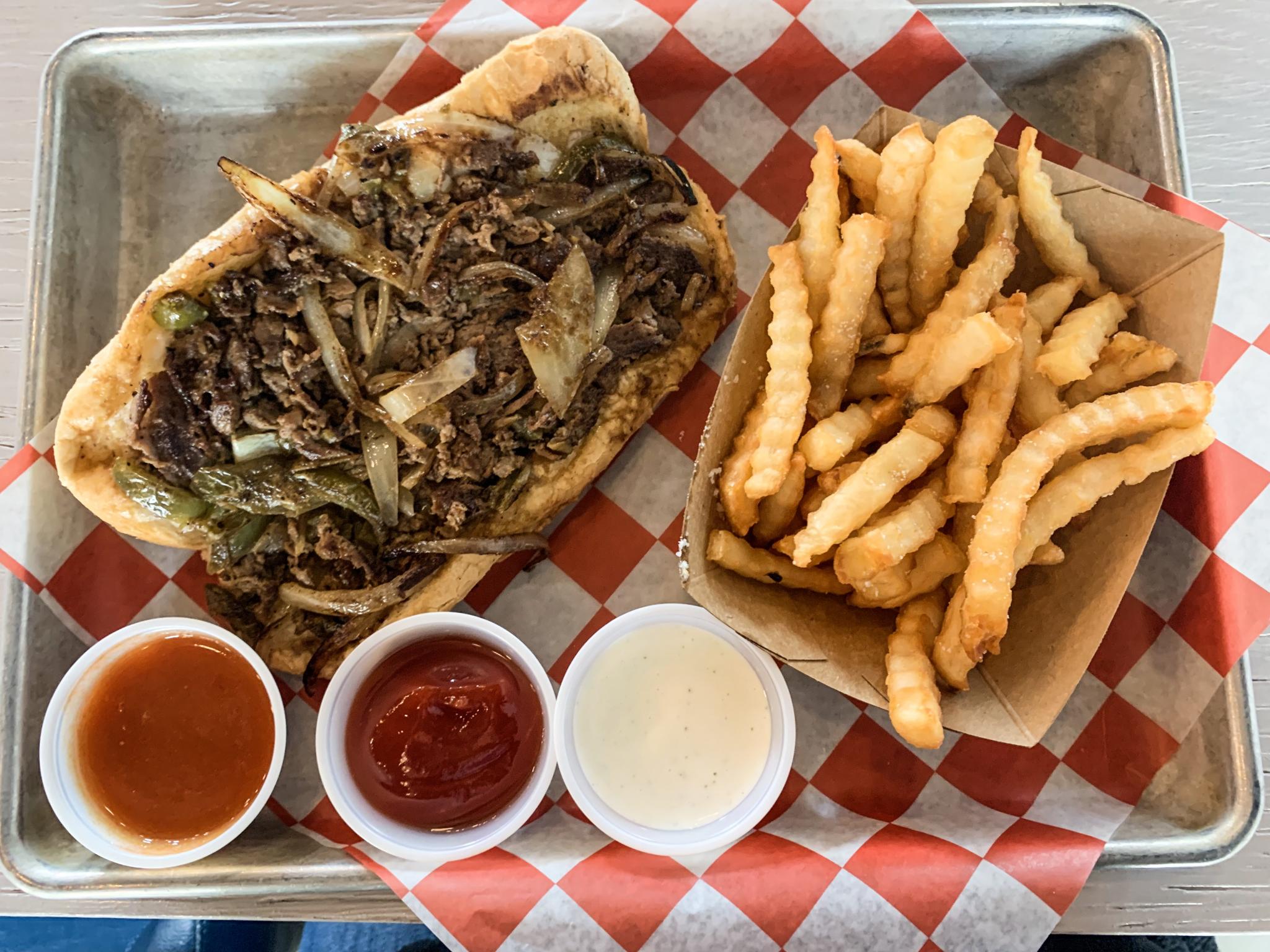 Kierra and I finally tried out Legacy Hall and lets just say Bean LOVED IT! 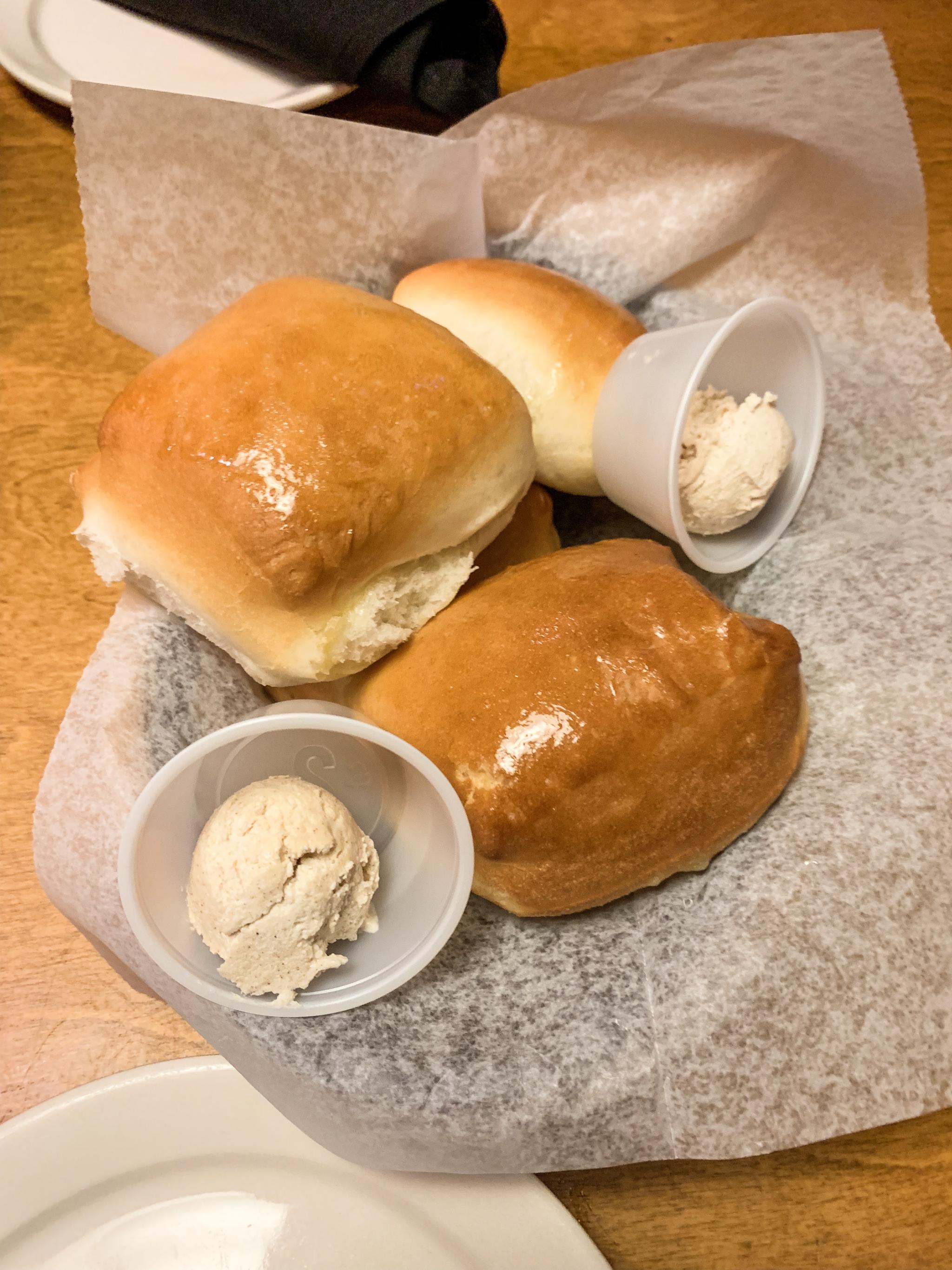 We went to Texas Roadhouse and OMGGGGGG! So good! 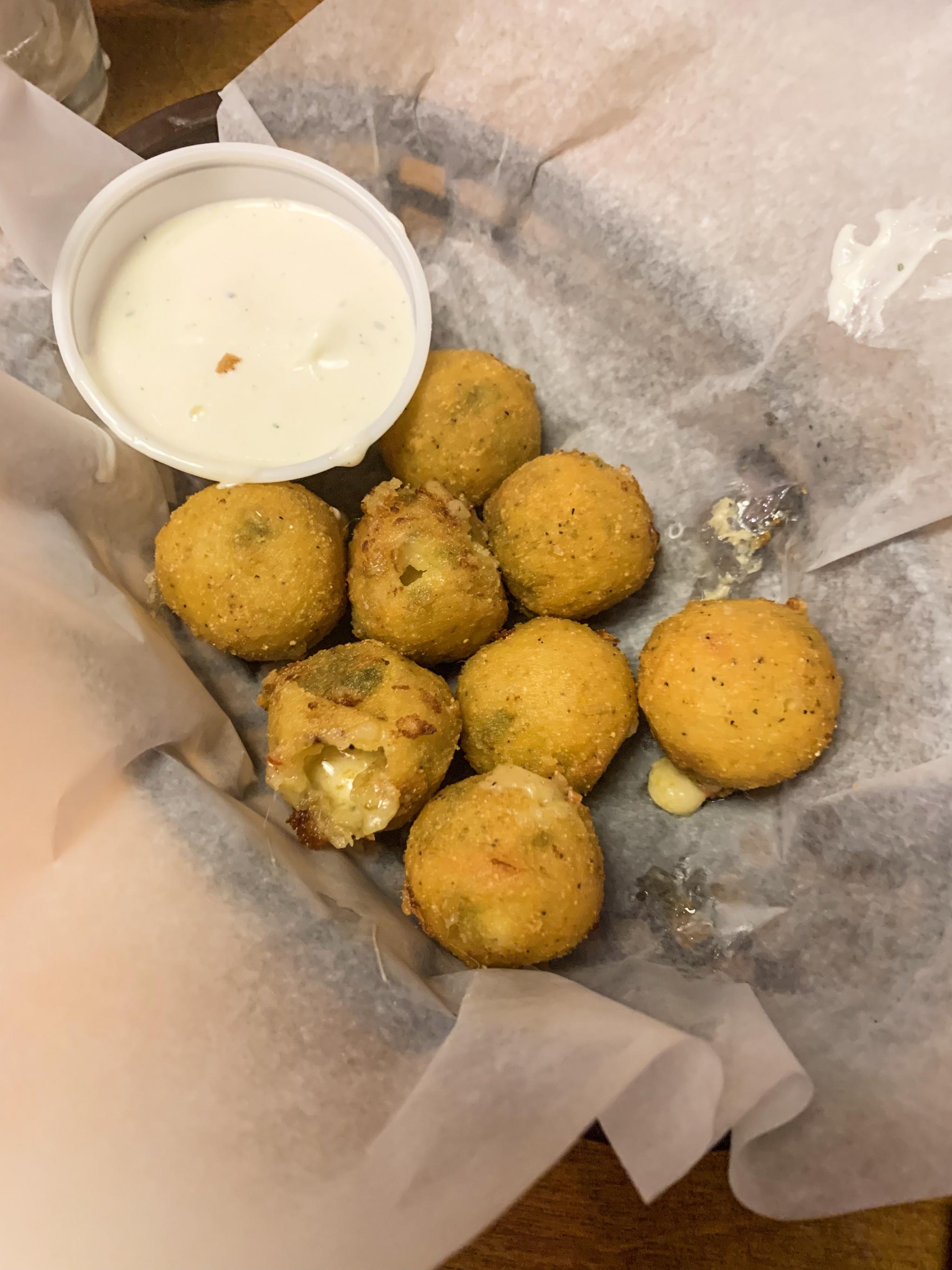 I’ve literally been craving these Rattlesnake Bites from Roadhouse since we last went. 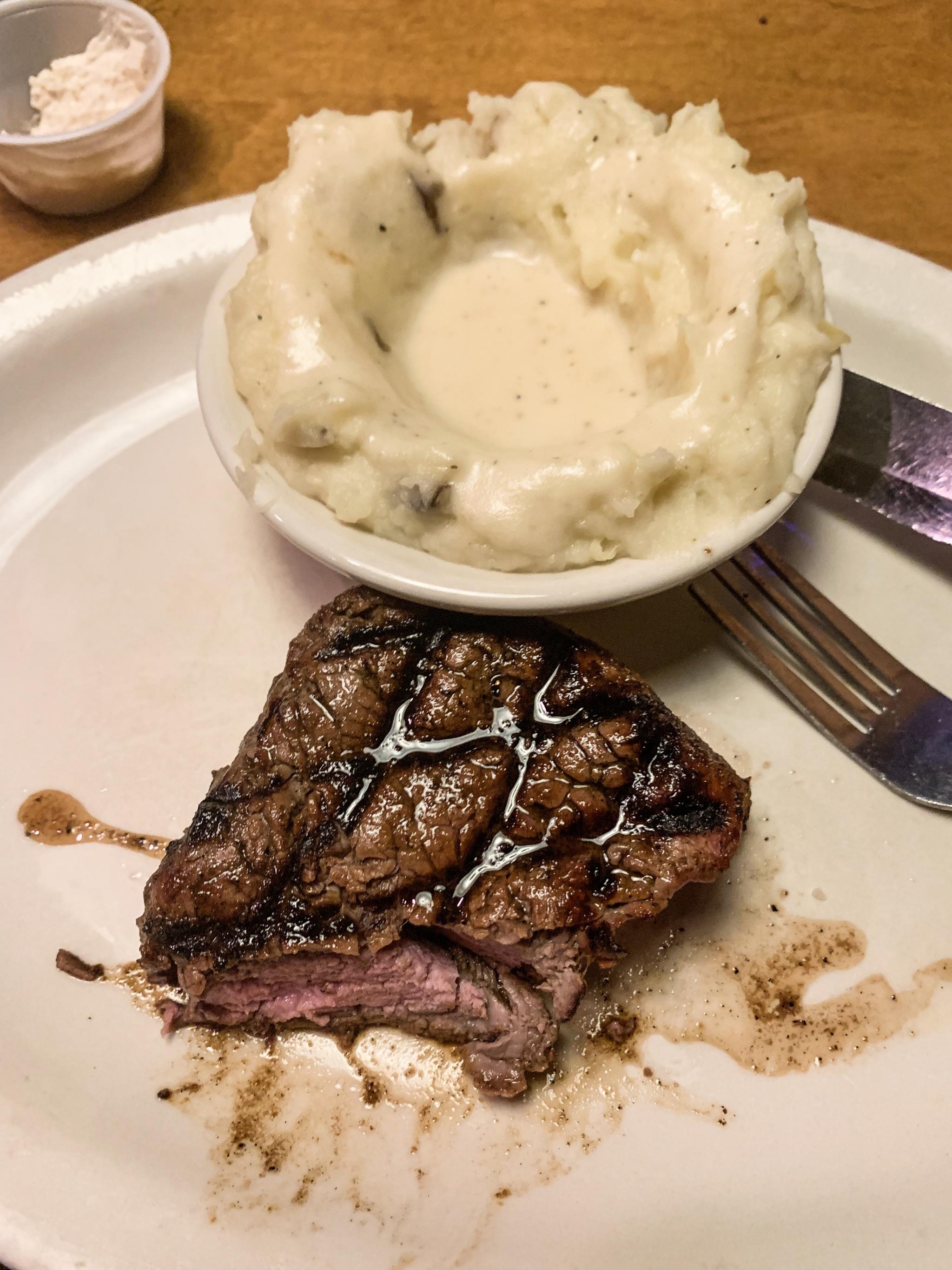 This steak was delicious! I didn’t like the mashed potatoes or gravy, so that is a win for not eating those!

When it comes to how I am feeling, I am feeling MUCH better.  I can actually sleep through the night, my headaches have FINALLY gotten so much better so they aren’t happening daily, and the crying for no reason has finally chilled out.  I feel like I am always tired though, but I do try and make myself get up at 9 every morning just so I can have a routine.  Going to school every Monday, Wednesday, and Friday helps a ton too because I am able to walk around campus get some exercise and I can get out of the house too.  Baby Bean is KICKING like crazy too!  I feel him mostly in the morning time, when I am eating, and just all afternoon.  It feels amazing and it is so cute to see how active he already is.  Other than that, I don’t really have many pregnancy symptoms except the fact that I HAVE to have everything clean like all the time now.  Like the baby’s room is spotless, everything is washed, and just ready for his arrival even though he has a whole 19 weeks left before he comes into the world hahah.

We also got to see our little man when we went to our checkup and y’all, he has gotten SO BIG!  I remember when he was a little kidney bean hence the baby bean nickname and now he looks like a little baby.  His skull is forming, his head is already big like his dad’s, and we even saw his little arms, hands, legs, and his little toes.  He was kicking like crazy and even kicked the tech because I guess he was just not feeling that super cold gel haha!  He is a whole 14 ounces and he is honestly just a super cute little baby so far that is growing in my belly.  I told Fred I think he has my nose, so hopefully, he comes out looking like his momma.  All in all, our baby boy is growing healthy and strong and that is something that I am forever grateful for. 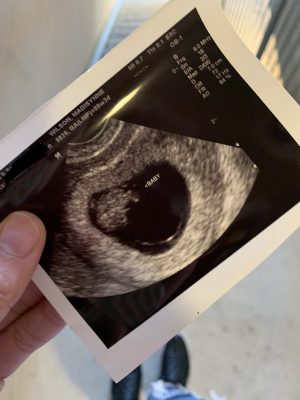 Our first sono from when Bean was 8 weeks and 6 days! 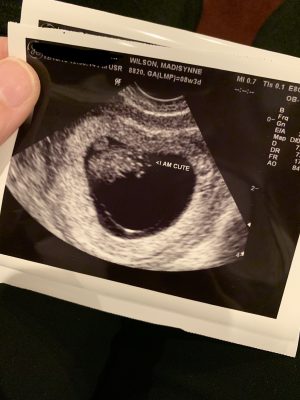 He was so little and looked just like a Bean! 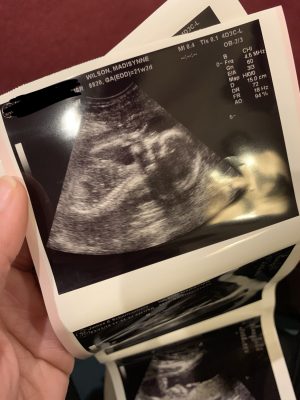 Our big boy at 21 weeks! He isn’t a little bean anymore! 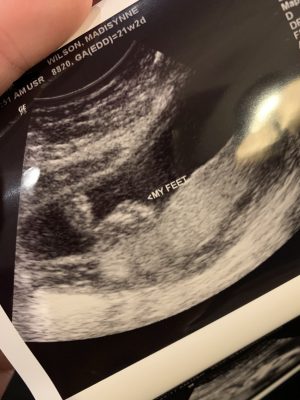 I am so excited to meet my little man in July and I know that Fred is too.  We have his whole room practically set up and I’ll add some pictures and links to show where we got everything so far.  Everything is super affordable and mostly all on sale when purchased, so holla to the sale gods haha.  A big shoutout goes to my bestie Kierra, my momma, my aunt, and cousin Deja because they have already helped make this journey so much easier.  They have little man SPOILED and I am so grateful for them. 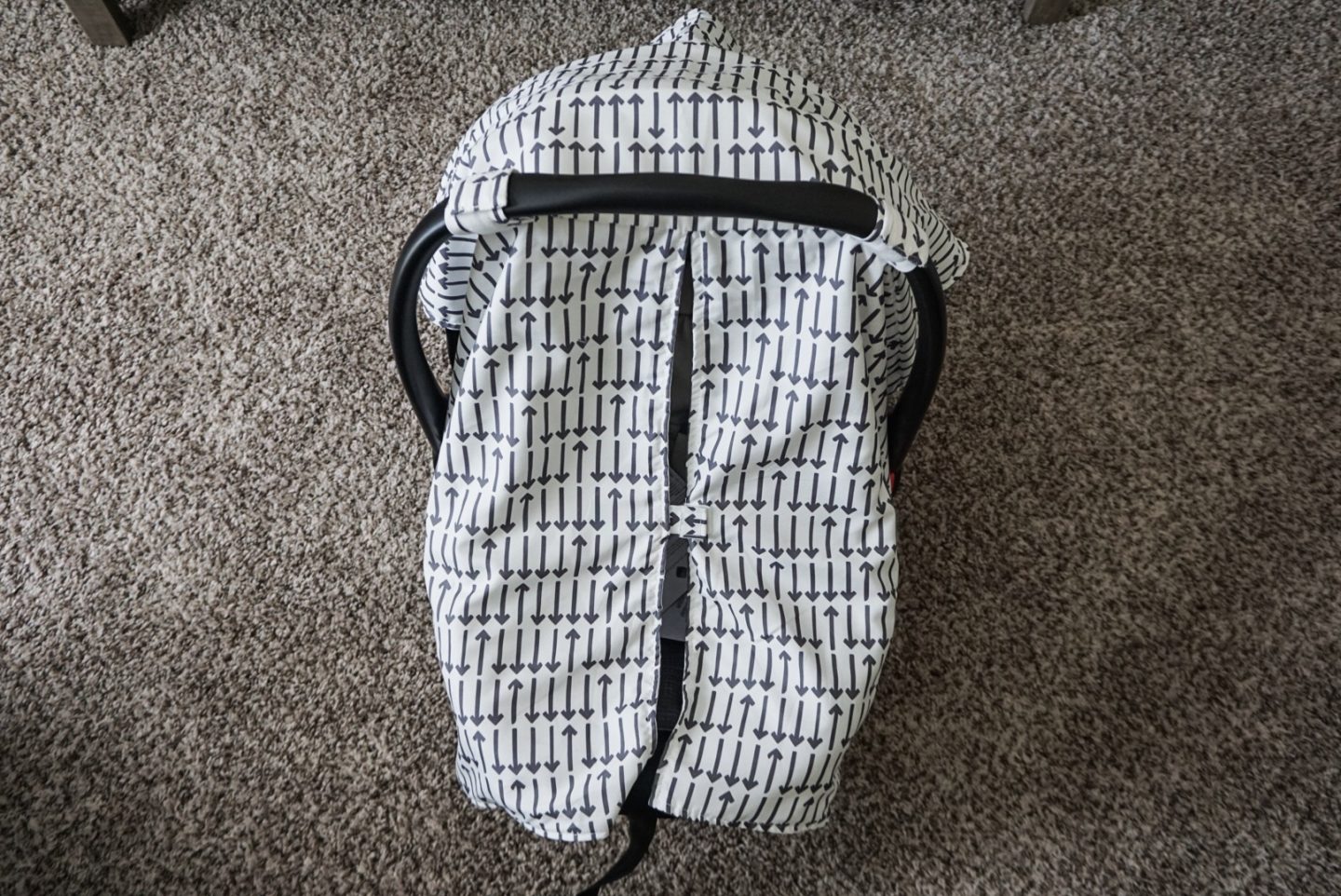 His carseat from my Aunt Shone and cousin Deja! The cover is from his Auntie Kiki! 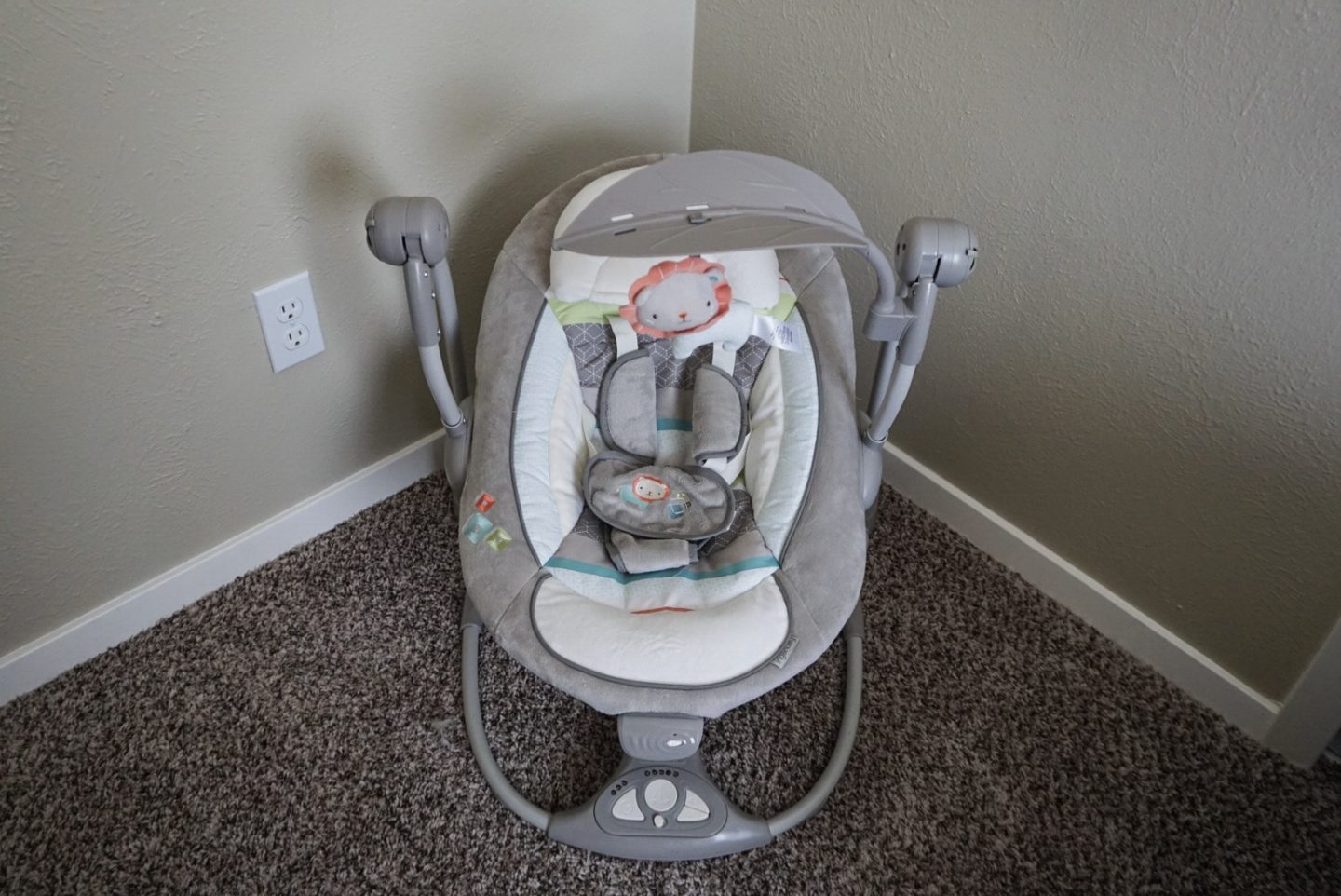 His Baby swing from the best aunt and cousin ever! 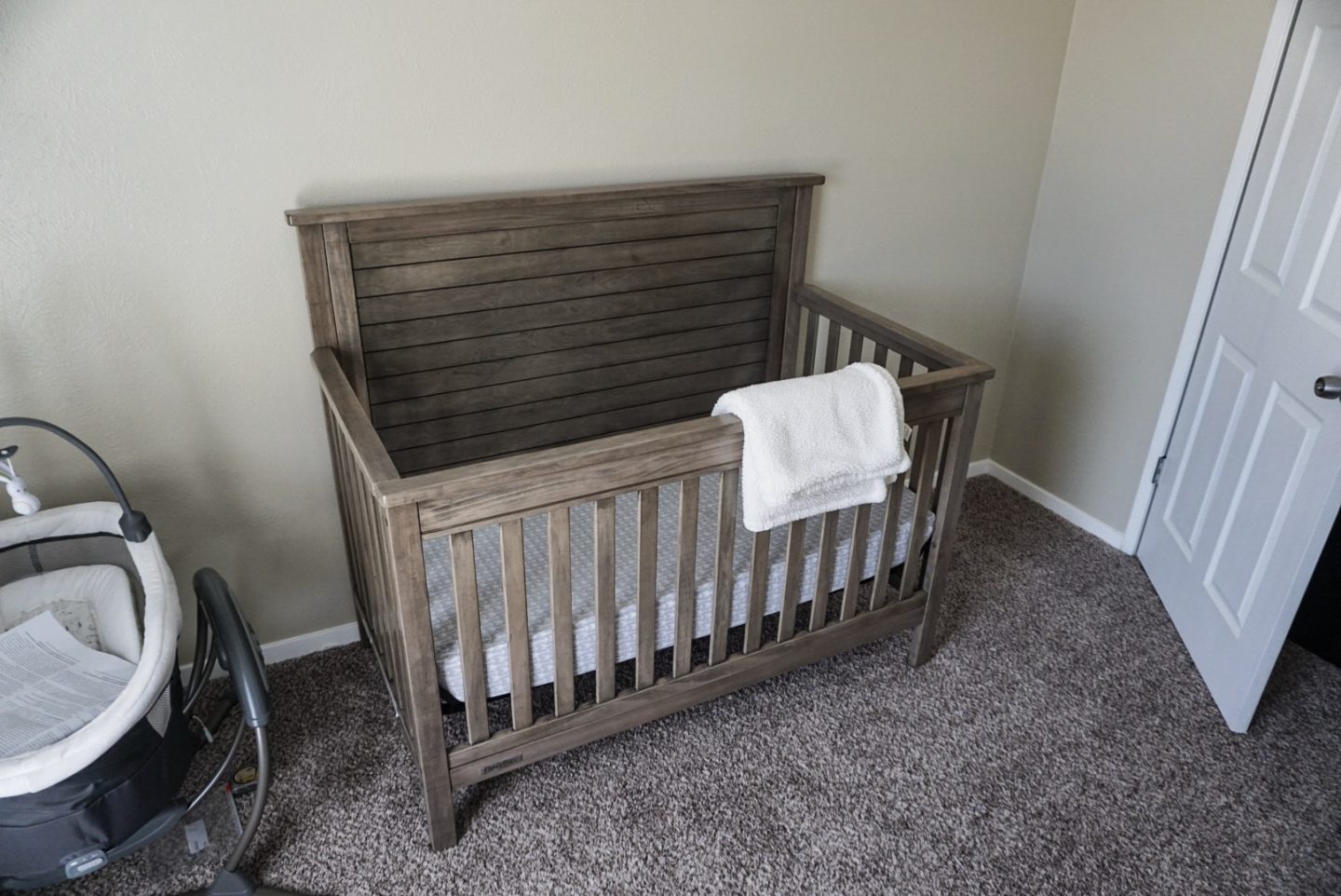 His crib from his Mimi! 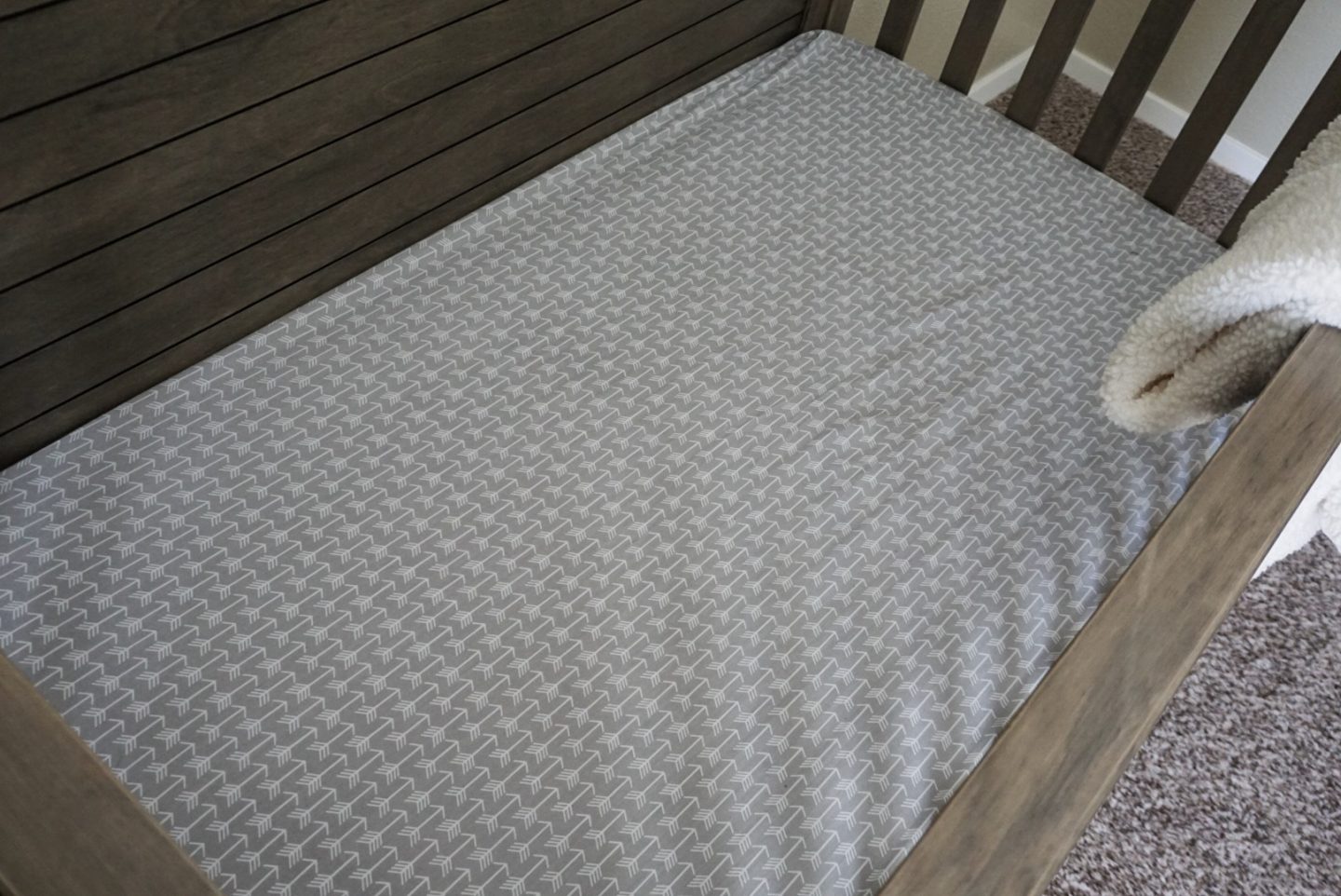 The crib mattress his dad and I bought him! Wayfair for the win y’all!

I finally got my Pappaw’s La-Z Boy and I thought this was the perfect place for it!

His Dream Glider from the best cousin ever! Y’all are appreciated so much!

Anywho, that is all that I have for my halfway bump date, so I truly hoped y’all enjoyed!  I will be sharing more about my pregnancy and doing more outfit hauls to go with my pregnancy, so make sure that you subscribe so you never miss a beat.  Thank you so much for all the support, it is much appreciated!